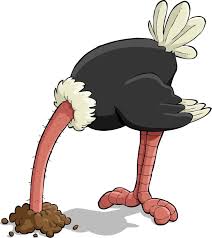 I wandered through St Helens last weekend. I cannot stress enough how shocking it is to see shops boarded up, streets left lifeless and mute. Bookies, pawnbrokers and pound shops seemingly now the only traders left doing business. People trudging around in a state of somnambulation, many visibly pale and unhealthy. This is a classic provincial Northern town disappearing before our eyes.

So you would expect the local MP, Conor McGinn, to be using his questions and time in parliament to make the case for urban renewal, reversing austerity etc etc. But no, I came across him on Twitter instead making the case (yes, in our parliament!) for Catalunian separatists, railing against the perceived oppression of the Spanish state.

The Catholic Church, to whom I will remain loyal all my days – it’s tribal and I will never leave it. But a few years ago, they tinkered with some of the words and phrases of the liturgy, presumably after hundreds of hours of debate and discussion. At the same time, they seemed to be conveniently ignoring the fact that more and more people are turning away from church attendance – these people will never hear of the changes, the labour of so many learned men. Heads in the sand.

There are more of course, the deepest head in the sand being Brexit. I mean, there are really big things happening out there – growing numbers of old people (many with dementia), dilapidated transport networks, impossible pressures on the NHS. But no, all this can be conveniently ignored whilst we all shout at each other about Europe, a Europe that could assist us so much with the aforementioned problems. Heads in the sand.

And so to education.

The outgoing head of the Education Endowment Fund, Sir Kevan Collins, spoke regularly about the ‘tail of underachievement’ which blights our system. There are large numbers of more disadvantaged pupils who are just way, way behind, mostly white British children living in the north. All the evidence points to this gap being alarmingly large by the time a child starts school.

Whilst I have no research evidence to prove it, I’m convinced that this tail is getting bigger and is becoming yet more detached from the rest of its generation. I’ve made the point in other blogs that we have a serious problem with parenting, the misuse of technology, physical and mental health, or the increase in pupils with SEND-  these issues are even more acute for this ‘tail’. This is the biggest issue we face as an educational community.

So are we talking about it? Not really.

Instead, we are still mired in a cosmetic battle over whether schools should be Free Schools, or Academies, or whether a knowledge-rich curriculum is better that a skills-based one. There are countless other ‘battles’ that conveniently miss the rather large, uncomfortable point staring them in the face – we are at risk of creating a lost generation of children, and we’re running out of really good people to lead them.

The real national debate in education should be about how schools –with all their infrastructure and staff – can provide a base for a ‘big society’ to operate, where we can grapple with the far wider problems that cause this ‘tail of underachievement’ to take root. Improvements in the teaching of lessons will help things, but there are far greater forces working against these communities than simply weaker pedagogy. Pupil premium money in my school is welcome, but is chiefly used for academic support. In certain schools, we can just about narrow the gap regarding attainment, but we are deluded if we think that this is ‘job done’. This goes way beyond education, and yet education could provide part of the solution. In my community, aside from Liverpool FC, the biggest place for families to come together is probably my school. So why not equip it as a focus for serious multi-agency work.

But we did, I hear you cry. We set up Children’s Centres!

And then closed them.

What an act of complete vandalism this was! Ours in Anfield is only open because we have had to use our own funds to keep it going. Alas, its services are much reduced.

Give schools the teeth and they will deliver. Get your heads out of the sand.

We have a generation of children who are angry, confused, deeply troubled. They are in need of careful mentoring and specialist support and care. Many of their parents are passive, lack confidence, and live in communities, like St Helens, that are withering away, drugged and limp into an indeterminate future.

Division is not simply manifested through exchanges of views or through political jousting, a bit of jolly ranting on LBC. We are looking at the segregation of a country here. Shanty towns and favelas in England? Don’t bet against it. The survival of these worse-off areas is in the hands of those nurses, teachers, neighbours and friends who treasure the ties of community and protect the health of our public realm. They will not be able to withstand the demand for much longer.

Policy-makers and politicians need to get their heads out of the sands. They have a lost generation on their hands, and need to work quickly together to prevent the next one going the same way.