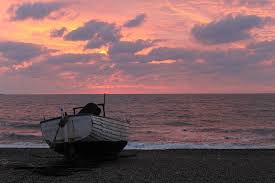 Throughout the entire period of my time as a deputy headteacher or headteacher, I’ve been caught up in the inexorable rise of market technocracy in schools – remarkably, (as I don’t see myself as being that old yet) a period of twenty years in leadership positions.

What do I mean by market technocracy?

Dame Onora O’Neill eloquently sums up the unintended consequences of this approach in education (and other public services) by saying,

‘Most people in the public sector have a reasonable sense not only of the specific clinical, educational, policing, or other goals for which they work, but also of central ethical standards that they must meet. They know that these complex sets of goals may have to be relegated if they are required to run in a race to improve performance indicators…perverse incentives are real incentives.’

I’ve lived most of these years schizophrenically.

A classic ‘heart over head’ dilemma; the heart instinctively telling me that it’s so catastrophically wrong, my head telling me that I have to fall in line so as to do good for my staff and pupils, as well as providing a salary for my family.

And I’ve actually worked as a technocrat for some of this period, spending hours debating whether a particular word or phrase in an inspection report ensures ‘consistency’ or ‘evidences the original lines of enquiry’. In a peculiar twist of fate, I appear now to be one of the more long-serving technocrats, with dozens retiring or simply leaving, unwilling to do an awful lot more for an awful lot less under an awful lot more pressure.

I am such an opponent of polarisation in public life that I may maintain this rather odd balance for the foreseeable future, but what I want to do is offer my own personal vision of a different future. It’s possible to articulate something which is a positive and optimistic alternative – a challenge, yes, but one that offers change through consensus, not aggression.

So what does this positive and optimistic alternative look like?

Thanks to the endeavours of colleagues, support from partners within our vibrant community, and a little luck too, I’ve now come to a curriculum vision which I think matches the rhetoric above. It may not be staggeringly innovative, nor clinically ‘evidence based’ (I’m too instinctive for that).

But I think it’s right for our pupils, and for us.

There is much debate in education circles regarding the relative merits of a knowledge-rich curriculum in contrast to a skills-based curriculum. I don’t see why it has to be so polarised. We need them both. I hope we get this balance right.

We will be publishing our revised curriculum within the coming weeks and it will be available on the school website,. However, a curriculum is only as good as its implementation, so therein lies the challenge.

It’s an exciting time. I want to remain positive, not spending my time railing against the system, or criticising the many good people who find themselves collateral damage amidst the shards of the smashed-up status quo.

We can espouse an alternative by living it as a community rich in hope, and do it in the spirit of optimism and progress.