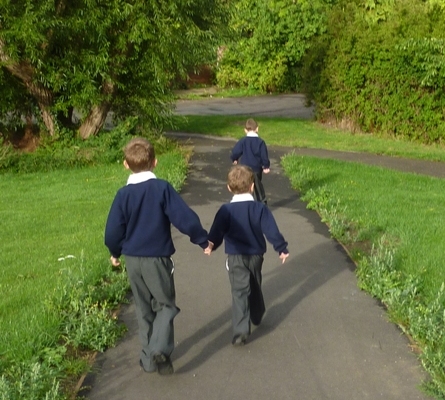 Living in the blame culture as we do, what is the answer to this question? Whose fault is it if a child is not in school?

The child? The parent? The school? The Microsoft X-Box? The NHS?

And how far does a school leader have to go to ensure that children do attend?

The shift over recent months and years has seen schools forced to take on more responsibilities as local authorities become more stretched. Whilst on the continent, failure to attend school would be met with a shrug of the shoulders by senior leaders (‘no es mi responsibilidad, hombre’), here in the UK we are confronted by the frightening consequences of inaction. A no show could escalate to anything ranging from child sexual exploitation to a sudden disappearance to join Islamic State.

Surely, the only way to confront this sharp incline in responsibility is to divert finances from the classroom to the street, and chase up every absence by knocking on doors and challenging families. As things stand, we are placing excessive strains on schools.

Meanwhile, frustration over the farcical differences in school holiday patterns surely needs govemment intervention. How can it be right that half-terms are so different in neighbouring local authorities? And will multi-academy trusts set patterns which are similarly different to their neighbours? Will this become another example of educational isolationism? Speaking as a parent, it is outrageous that I could be faced with three different holiday patterns for each of my three children, and then get the blame when I take one of them out of school at half-term

Surely, we must move to the unification of holiday patterns and a multi-agency approach to tackling persistent absenteeism. Those schools in predominantly white, working-class Britain need this help more than most. It’s simply not fair that schools are punished for factors which are out of their control and beyond their resources. Yes, headteachers could go round the neighbourhood each morning to pick up errant children, but additional pressure such as this is going to do nothing to solve the current headteacher recruitment crisis.